Home » Oral Hygiene » Mouthwash » Benefits and Risks of Mouthwash – Is it Worth It? 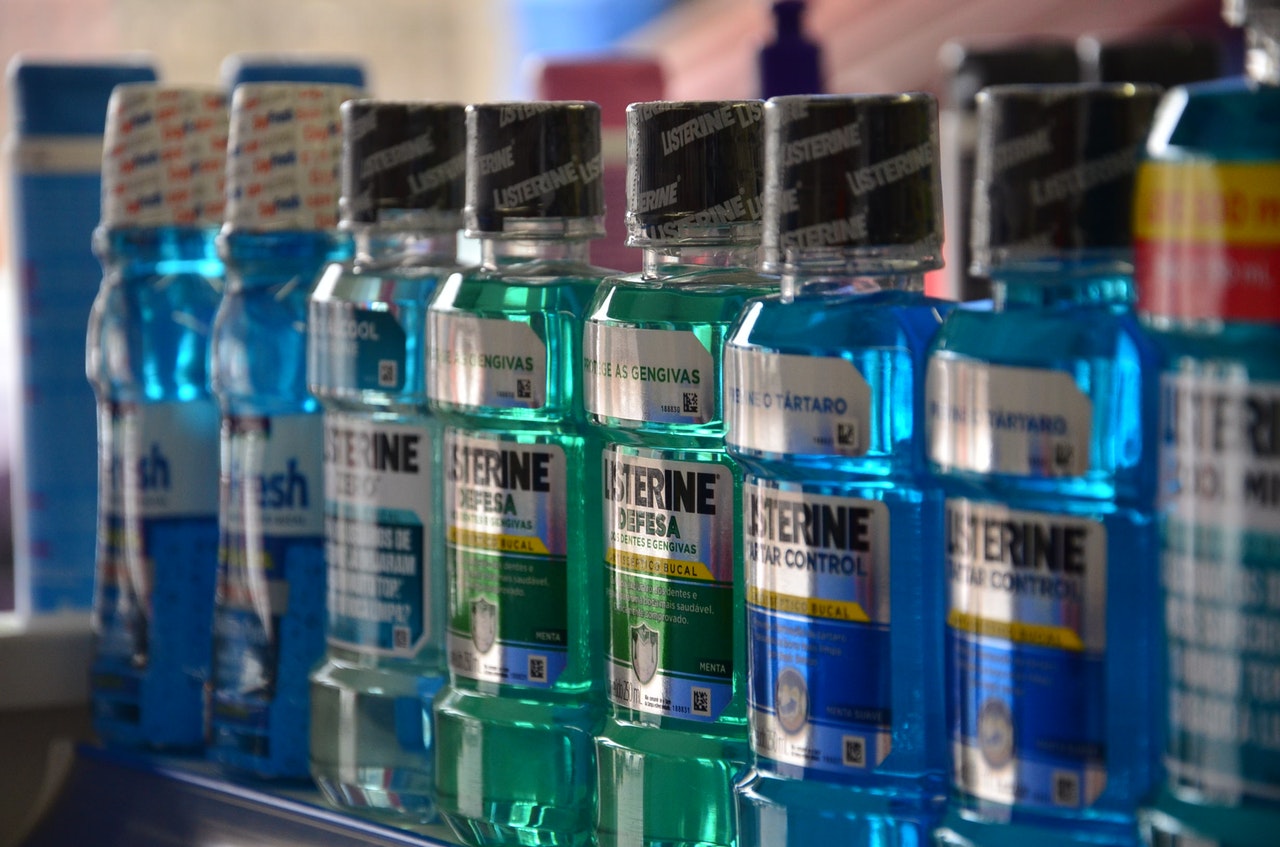 You’ve probably heard from your dentist that there are three major things you should be doing for your teeth to eliminate plaque and bacteria. Those three things are brushing, flossing, and rinsing your teeth with mouthwash.

Out of these three activities, using mouthwash seems to be the easiest and most straightforward. You just swish a small amount of it in your mouth for thirty seconds and you’ve eliminated all the bad bacteria in your mouth.

Despite the benefits, many people noticed some downsides such as an extreme burning sensation as they are rinsing or dry mouth afterwards. But are these simply superficial concerns that can be ignored, or is it something more? In this article we will be discussing the mouthwash benefits and risks so that you can find the right mouthwash for you.

There is a reason why most dentists recommend using mouthwash as part of a patient’s oral care routine. Here are the reasons why:
Promotes good oral hygiene. A mouthwash containing fluoride can eliminate the bacteria that causes periodontal disease (such as gingivitis) and reduce cavities. Some mouthwash can even help eliminate plaque. Plaque can eventually harden into tartar and are often contributing factors in gingivitis and tooth lost in patients. A lot of antiseptic mouthwash makers claim their products also eliminate the germs that cause bad breath (halitosis).

Heals canker sores. Canker sores are ulcers in the mouth, and mouthwash can kill off bacteria that would irritate the sore. You can also rinse with saltwater.

Aids in post-surgery recovery. Your oral surgeon may have advised you not to brush your teeth for a brief period of time following a surgery. A mouthwash rinse may be the only option you have left to take care of your teeth as you heal. Some mouthwash can help sooth irritations and sores and promote healing.

Protects your pregnancy. Statistics have shown there to be a link between periodontal disease and premature labor among affected mothers. This is caused by the bacteria from gum infection entering the mother’s bloodstream triggering inflammatory markers and inducing contractions. Studies have shown that women who regularly use mouthwash were less at risk of going into early labor.

Side Effects of Mouthwash

Deadly if ingested, especially for children. All mouthwash state very clearly on the bottle that they are not to be ingested. Unfortunately a young child may not remember or may swallow it accidentally. Alcohol is poisonous if swallowed due to the alcohol content. If untreated, it can lead to convulsions, coma, and brain damage.

Mouthwash containing alcohol may cause oral cancer. This is an issue that has been studied since the 70s and still doesn’t have definitive answers. However, just to be on the safe side, dentists recommend their patients use alcohol free mouthwash to reduce or avoid the risk of cancer using alcoholic mouthwash.

May irritate canker sores (or other sensitive parts inside the mouth). If the alcohol content is high enough, rather than healing it, the mouthwash can aggravate your canker sores.

Masks bad breath. Mouthwash can eliminate the bacteria that causes bad breath, however it must be used in conjunction with proper brushing and flossing. Some people rely solely on using mouthwash to clean their teeth, and that is not enough. Like how using air freshener to mask a bad smell doesn’t fix the underlying problem, so too does using mouthwash without brushing or flossing.

This is especially true for people who have poor oral hygiene and have cavities or periodontal disease like gingivitis. Do not only on mouthwash to maintain proper oral hygiene. You will still need to brush and floss at least twice daily, and visit your dentist at least once every six months.