Home » Oral Hygiene » Mouthwash » What Are the Risks of Swallowing Mouthwash? 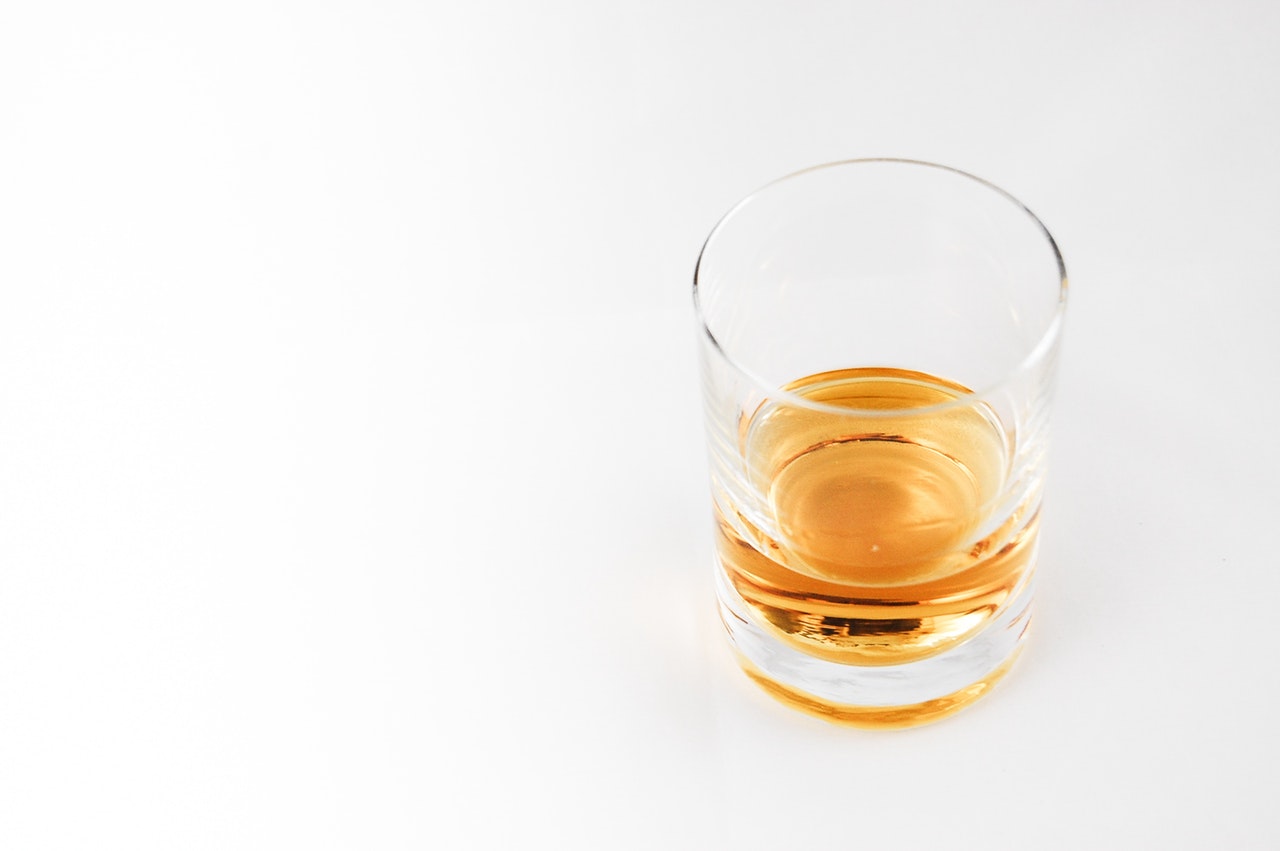 So when it comes to mouthwash, it’s no surprise that people accidentally (or even intentionally) swallow mouthwash. If you’re wondering what happens if you swallow mouthwash, the answer is it depends on how much. If it’s just a little bit, it is no cause for concern.

Even if it’s an entire mouthful, you’ll probably experience minor side effects. However, if a child swallows a mouthful (they shouldn’t be using it in the first place), or an adult chugs it and is overdosing, then you should call the National Poison Center for assistance.

Even though mouthwash is a great tool to help protect your teeth against cavities, it can also be tempting for a recovering addict to drink. Most mouthwashes contain a high percentage of alcohol and it can quickly get people drunk. In effect, it is a dangerous drug that one can readily purchase in most drugstores. Whether you are swallowing mouthwash by accident or on purpose, it is important to know the effects of ingesting this product.

What Happens if You Swallow Mouthwash?

The symptoms you can experience if you’ve accidentally swallowed Listerine or any other mouthwash brand depends on your weight, age, and what ingredients are in that specific product or brand.

Mouthwash that have higher concentrations of toxic ingredients, most commonly ethanol or fluoride, will cause greater effects, as does the size of the individual and their age. Swallowing just a little bit or even a mouthful is not enough to cause any serious side effects, though if you are concerned, call the National Poison Center or go to the ER.

A more pressing issue is if children accidentally swallow a mouthful of it, since they are so much younger and smaller than an adult; the effects will be greater. Adults who are trying to get their alcohol fix by drinking mouthwash are also at risk.

What Happens If You Drink Mouthwash?

The effects of drinking mouthwash depend on how much you ingested. If you were rinsing with small amounts and a tiny bit went down your throat, the side effects will be minimal or non-existent. At worst, you might experience diarrhea or nausea which will subside without any treatment. Since mouthwash contains a high concentration of alcohol, it is possible to feel tipsy or lightheaded.

What Happens If You Swallow A Lot Of Mouthwash?

What Happens If You Swallow Alcohol-Free Mouthwash?

There are various mouthwashes on store shelves that tout they are alcohol-free or fluoride-free. Just because they don’t have the primary ingredients that make the other mouthwashes such a danger when abused doesn’t mean they are okay to drink either.

These products contain other ingredients that are also not meant to be ingested, such as hydrogen peroxide, chlorhexidine gluconate, and methyl salicylate, all of which can cause discomfort.

According to a 2013 study that assessed the risk of people drinking mouthwash as an alternative to alcohol, they noted that ethanol (alcohol) was by far the worst ingredient, concluding: “The occasional or even chronic ingestion of mouthwash may not cause health effects except the effects of ethanol alone.”

With that said, don’t drink alcohol-free or fluoride-free mouthwash either!

Can You Drink Mouthwash?

Technically, yes. If accidentally swallowing just one mouthful of mouthwash could cause extreme side effects, then these products wouldn’t be on the shelves because there would be numerous accidents everyday.

There are many anecdotes of people drinking mouthwash for leisure as a cheap and even more harmful alternative to alcohol. But just because you can get away with it a few times doesn’t mean you should.

First of all, the burning sensation of alcohol-based mouthwash is already enough of a deterrent for people to use it in the first place. Listerine, a prominent manufacturer of mouthwash, even made a commercial poking fun at this.

Second, mouthwashes are denatured, meaning the products have been altered to taste bad to deter people from drinking them. Denaturing does not, however, change the effects of the alcohol content within. So if someone were determined enough, they could still drink their way through all of the deterrents to get their alcohol fix.

Why Do People Drink Mouthwash?

Most people would avoid drinking mouthwash. However, people who do not have easy access to conventional alcoholic beverages such as those sold in liquor stores resort to cheap alternatives like mouthwash. Mouthwash is easily accessible. Anyone can simply walk into a drugstore and purchase some. Despite the higher concentration of alcohol in these products, no ID is required.

As you can imagine, this is very tempting for teenagers as well as recovering addicts who are suffering a relapse. Some additional groups who are likely to drink mouthwash are incarcerated individuals, those who have been hospitalized, or those in the military who do not have easy access to alcohol.

Due to how easy it is to acquire, how it does not smell like alcohol, and how its intended purpose is for oral care, one can hide their true intentions about purchasing it quite easily. Some other products containing high concentrations of ethanol that may be abused are cold or cough medications, hair spray, aftershave, and hand sanitizers.

What to Do After Swallowing Mouthwash

If you or someone else has swallowed mouthwash, here are the steps you should do.

Read the ingredients list on the label of the mouthwash that was ingested, keeping a close eye for ethanol or fluoride. Those two ingredients are the most common and most likely to cause a mouthwash overdose. Knowing what ingredients are in the product will be useful for the next step. If the person who ingested mouthwash is experiencing severe effects, head straight to the emergency room and take the mouthwash product with you.

Call your country’s National Poison Control Center. In the United States, the number is 1-800-222-1222. Do not induce vomiting in the person who swallowed the mouthwash, as this causes the damaging ingredients to pass through their system once more (now with stomach acid mixed in) and will likely not cure them of their condition anyways.

The operator will ask you for specific information, such as what product the victim swallowed, how much did they swallow, as well as the victim’s age and weight. Keep the mouthwash bottle in hand so you can list the ingredients quickly and without error.

How Much Alcohol is In Mouthwash?

There is sufficient alcohol in mouthwash that one can get inebriated off it, however at the risk of organ failure, coma, or death.

Competing brands, such as Scope, contain 18.9% alcohol. And on the lower end, Cepacol has “only” 14% alcohol. In comparison, the majority of beer products contain 3% to 7% alcohol. Wine comes close at 12% alcohol.

There is so much alcohol content in mouthwash, that experts believe it is possible that swishing an alcohol-based mouthwash can trigger a positive result in a Breathalyzer if checked within 10 to 20 minutes after use. If drinking too much beer can already cause alcohol poisoning, you will get there much faster by drinking mouthwash (among other side effects).

If Alcohol In Mouthwash Is So Bad, Why Is It Used?

Indeed, that is the million-dollar question, especially since alcohol-free mouthwash exists and provides similar benefits without the downsides. See our article on the merits of alcohol-based mouthwash for more details.

But in short, the alcohol in mouthwash acts as a carrier agent for flavor and for additional ingredients. It also gives the burning sensation that people often refer to as a “bite.” The alcohol concentration in mouthwash might have an antibacterial effect, though there is some debate on the effectiveness of that.

Furthermore, alcohol-containing mouthwashes come with a whole slew of side effects even when used properly, such as drying the mouth which leads to bad breath, mouth ulcers, stains, as well as sloughing and burns.

Most manufacturers provide alcohol-free versions of their products. However, there is a misconception that without the burning sensation of alcohol-based mouthwashes the product is not as effective.